The Made in Cyprus Exhibition attended the 36th Wine Festival and Business Expo that took place at Lee Valley Athletics Center in the UK on the 27th & 28th of June 2018 with a Made in Cyprus Pavilion.

The Made in Cyprus Exhibition (www.made-in-cyprus.org) which is organised by World Trade Center Cyprus for the 5th consecutive year, is the largest exhibition of Cypriot products and services that takes place in Cyprus. This year it will take place at the Trakasol Cultural Center in the Limassol Marina on the 21st – 23rd of September 2018. The purpose of the exhibition is to support, advertise and promote Cypriot products and services locally and internationally.

The Wine Festival and Business Expo was organised by Parikiaki newspaper which was established in 1974 and is the leading Greek Cypriot newspaper published in London. It serves the Greek Cypriot communities with more than 300,000 people.
It is considered the largest Cypriot event outside of Cyprus with 36 years of experience.
The Made in Cyprus Pavilion had a great presence with 36sqm coverage, hosting 21 companies from Cyprus.

It was a great opportunity for all companies involved as they were given the chance to showcase their products and services in front of over 11,000 people. The visitors included business people, families, locals and tourists.

A special thank you to the Sponsors of the Made in Cyrus Roadshow, which were:

World Trade Center Cyprus is proud to have been a part of this successful event and looks forward to organising the next Made in Cyprus Roadshow. 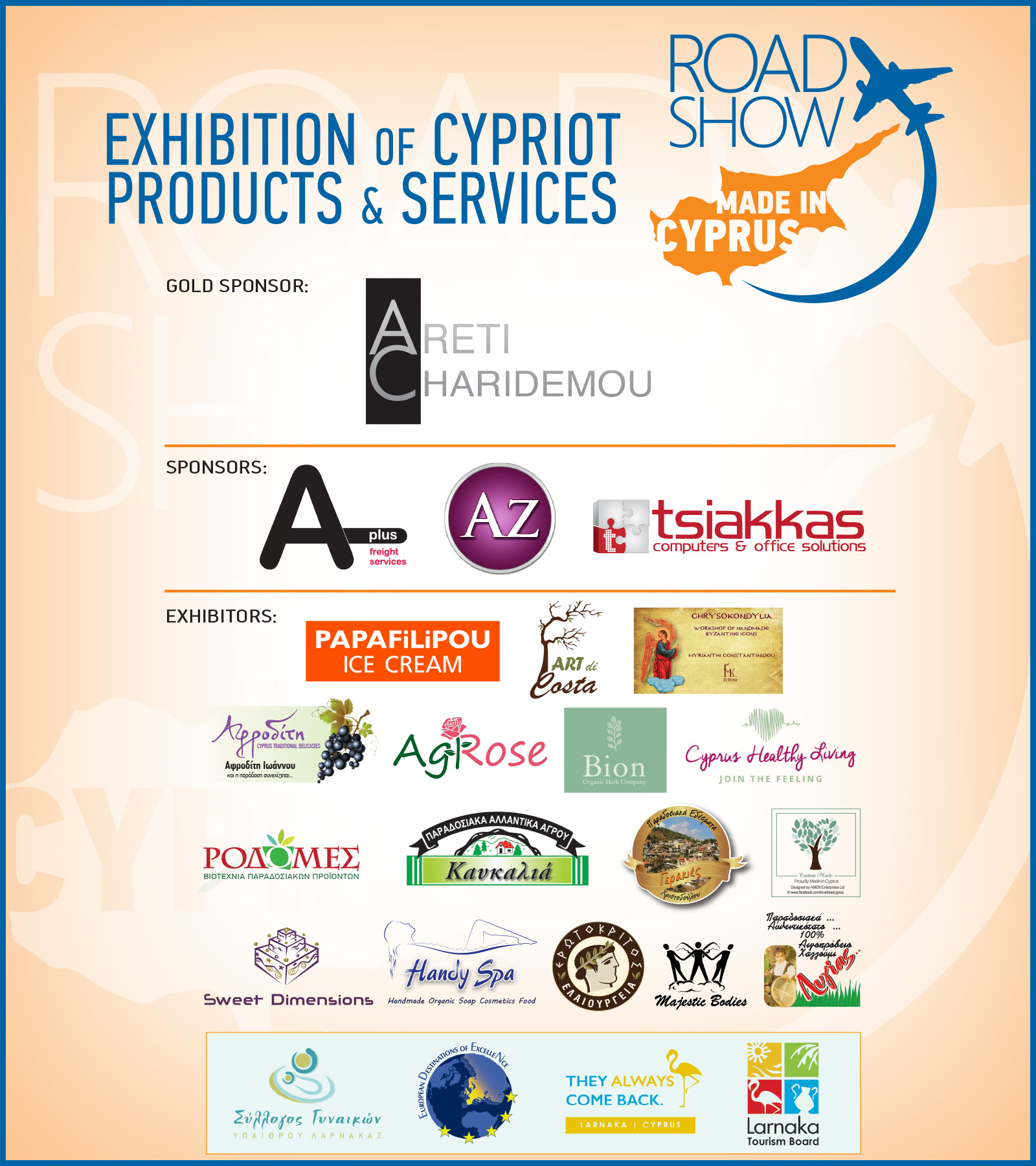